LTD Heavyweight Red, Silver or Black LP+Poster! His first album of new original songs since 2011´s Wolfroy Goes To Town. “This whole record is intensely inspired by the 50th state. In fact, for a while there the working title of the record was 49th State of Mind, after the mid-20th century Hawaiian music record label optimistically and ultimately erroneously called 49th State Records. The songs likewise are influenced by certain Hawaiian musics, mainly the recordings of Johnny Lum Ho and Edith Kanaka´ole; also by the recordings of Jake Xerxes Fussell; by the songwriting of John Prine, Susanna Wallumrod and Tom T. Hall; by the neo-Zydeco cassette compilation Trail Riderz Vol. 1; and by the desire to have some songs that might be learned on the fly at get-togethers at my friend David ´Fergie´ Ferguson´s house. As these songs were worked on, in the night, my wife would wrap her pregnant body around mine while I sang the songs over and over and over. They´re the first music that our daughter heard. The arrangement and production of the record come dominantly from the players themselves and the very circumstances in which the recording of this record was undertaken. Danny Kiely played bass on this, as he had done on Wolfroy and Best Troubador and the Babblers tour as well as Funtown Comedown and many other musical adventures. The mighty mighty Mike Hyman plays drums, Nathan Salsburg plays the lead guitars, Joan Shelley sings along, and Jacob Duncan brought the power with his sax, his flute, his clarinet, my harmonium and the studios piano and hammond organ

Beck’s is back with a new album Hyperspace. The album is 11 tracks and features Sky Ferreira, Terrell Hines and Chris Martin. In addition, Pharrell Williams co-wrote and / or produced seven of the songs giving it real Floyd flavour – not as poppy as the last album but with that trademark Beck feel. Other production credits come from Cole M.G.N., Greg Kurstin and Paul Epworth. 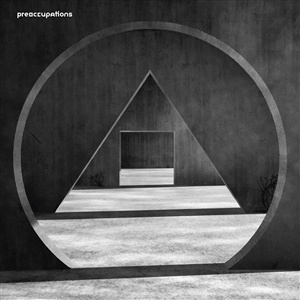