Dozer: Beyond Colossal & Through Thr Eyes Of Heathens

RI on half split coloured vinyl

Yellow/Black split vinyl. Beyond Colossal is the fulfillment of the promise 2005’s excellent Through the Eyes of Heathens began to see through. The sound is that of the band pushing itself harder, writing stronger songs and compromising none of their edge or aural passion. You can hear it on “Exoskeleton (Part II),” truncated here from its appearance with “Part I” on a 2007 split with Iceland’s Brain Police, at the 1:39-mark launching of “The Ventriloquist,” on the more traditionally stoner “Grand Inquisitor” and even the quiet “Bound for Greatness” which closes out the album. Dozer are not only on top of their game, they’re well beyond it.

Super limited edition, “Quad Orange/Blue Vinyl” Only 100 copies worldwide! From the very start of “Drawing Dead” through the memorable lead line in the slower-paced closer “Big Sky Theory,” Dozer assembled a work of impeccable songwriting and deep-rooted character. In the arc of their career, every record was another step forward, and just as 2001’s Madre de Dios built on the debut and 2003’s Call it Conspiracy built on that, so too did Through the Eyes of Heathens pick up from where its predecessor left off. Its sound was still rooted in a heavy rock feel, but Dozer were able to translate that into something more aggressive when they wanted – their sound had bite as well as lumber, and while a cut like “Born a Legend” could be traced back to their 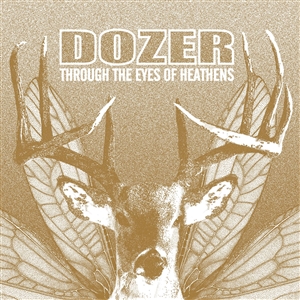