Elvis Presley’s self-titled debut album forever changed popular culture on release in 1956, its earthquake aftershocks still felt some 65 years later. Gritty adaptations of Carl Perkins’ ‘Blue Suede Shoes,’ Ray Charles’ ‘I Got A Woman’ and Little Richard’s ‘Tutti Frutti’ helped make it the first Rock ‘n’ Roll album to top the Billboard charts, where it remained unchallenged for a full ten weeks. The iconic cover image with its distinctive lettering, showing Presley brandishing his acoustic guitar, helped embed the instrument in rock mythology too, indelibly changing how we conceive of the genre and its axemen. Elvis Presley proved that our hero was already the undisputed King of Rock ‘n’ Roll, just as he still is today. 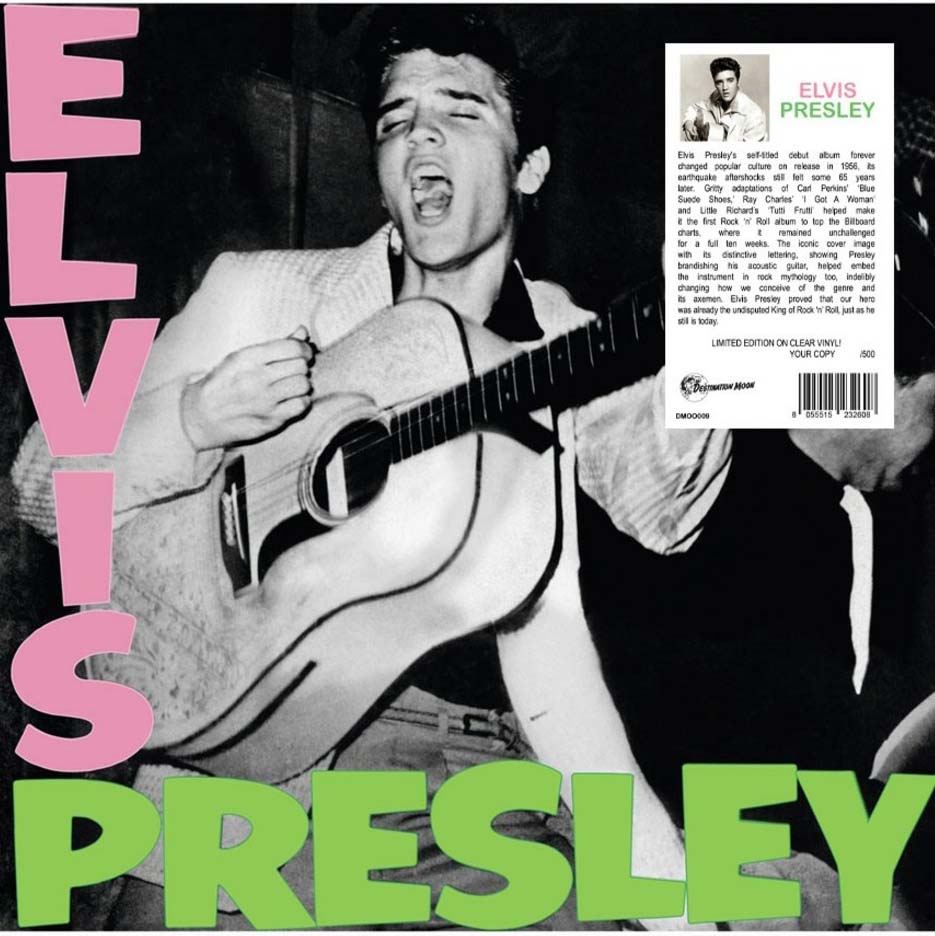 A2 I'm Counting On You

A5 I Love You Because

A9 I'm Gonna Sit Right Down And Cry (Over You)