Grateful Dead: Two From The Vault

Following on the heels of Light In The Attic’s vinyl LP release of One From The Vault comes the next in the trilogy of From The Vault releases by the Grateful Dead. These releases are distinguished from the more abundant Dick’s Picks series in that Dick’s Picks are “direct from the soundboard” recordings, while the From The Vault series were professionally recorded on multi-track tape and then mixed down (decades) later for release. Recorded live at the Shrine Auditorium (Los Angeles) in 1968, this is the worldwide vinyl debut release of this legendary show featuring the 6 piece line-up of Pigpen, Garcia, Weir, Lesh, Kruetzmann, & Hart, freshly remastered in 2014 by Joe Gastwirt for maximum mind expansion. 9 dynamic songs on 8 sides of wax, this show has previously only been available on CD; this is the first ever vinyl LP release! 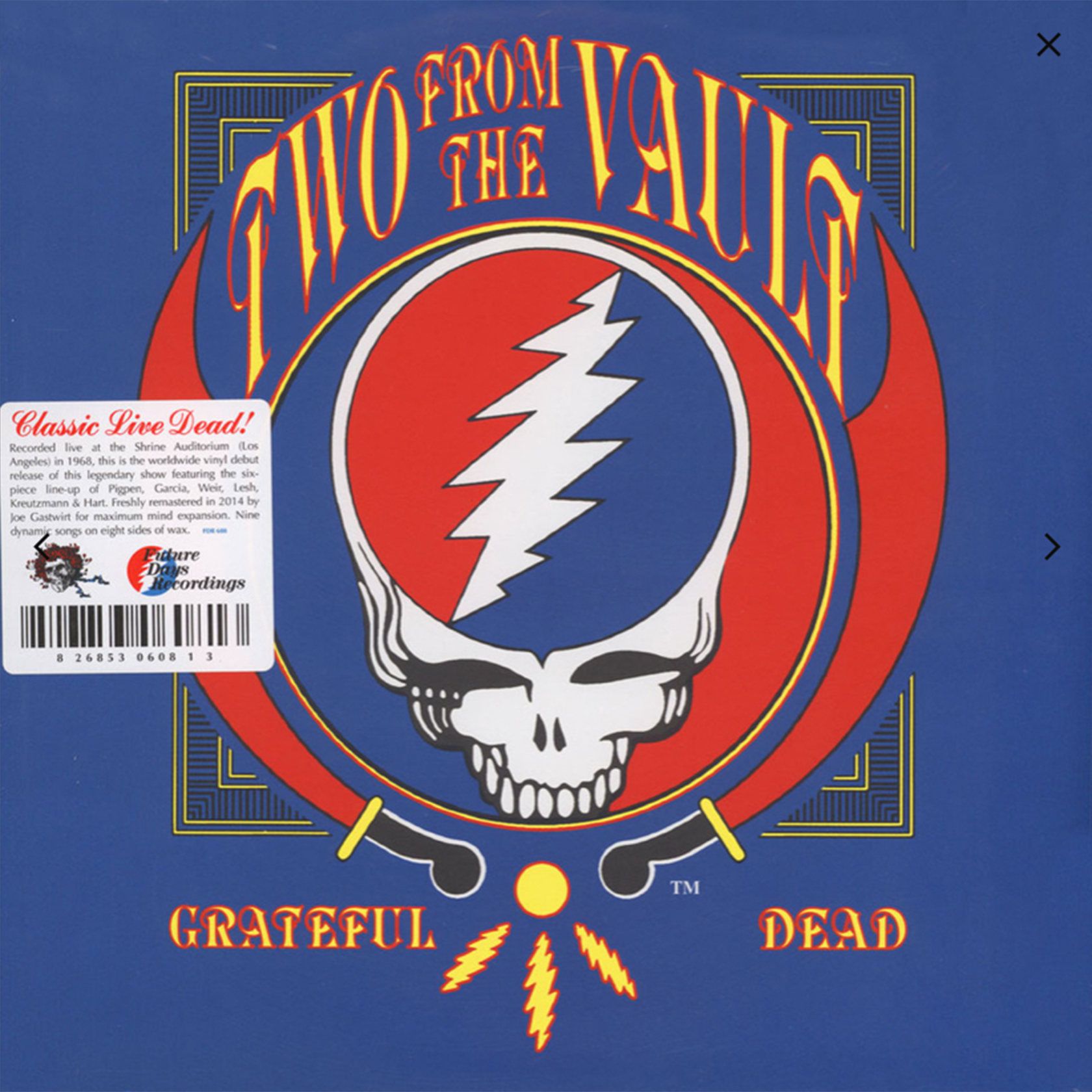 D1 Death Don't Have No Mercy

D2 That's It For The Other One I. Cryptical Envelopment Ii. Quadlibet For Tender Feet Iii.

F1 Turn On Your Lovelight

G1 (Walk Me Out In The) Morning Dew