Ian Dury & The Blockheads: Do It Yourself

This new 40th anniversary super deluxe of Do It Yourself is a four-disc LP+2CD+DVD set and sees the original album pressed on magnolia coloured vinyl, freshly cut from the original master tapes. The two CDs and DVD containing the album, all of the singles, B-Sides, demos, videos, and a live concert recorded in Belfast, in February 1979.

This comes with a ‚choose-your-own-cover‘ option. The 34 different front cover sleeves, originally designed by Barney Bubbles (based around various samples of Crown wallpaper) are included on 17 large art cards. These can be switched around and slide into a special die-cut. This set also comes with a 12-page booklet with input from Phill Jupitus and Kosmo Vinyl.

Titel
Do It Yourself
Interpret
Label
DEMON / EDSEL
Release
21. Juni 2019 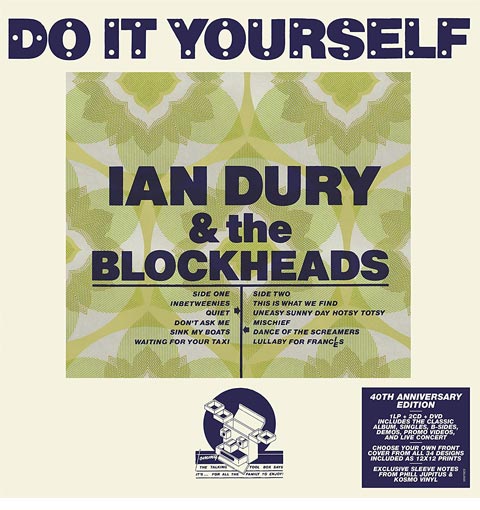