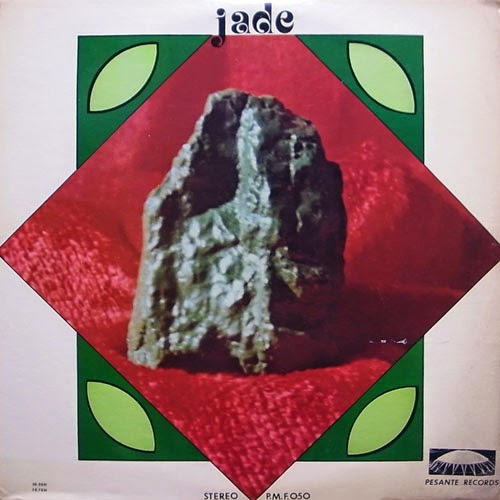 ALL-STAR line up delivering some of the best funk/soul tunes ever written /// First ever reissue since 1975 /// 180g vinyl edition.

Little is known about JADE (Norfolk, Virginia) other than that they released two 45s and a full-length album on the tiny Pesante imprint in the mid 70s. Fast forward to 2019, almost 45 years later, and their IN PURSUIT album has become one of THE holy grails of private pressed funk/soul records.
Most of the core group consists of an ACE all-star cast of studio cats hitting it pretty hard: Carol Kaye on bass (Yes, THAT Carol Kaye of Wrecking Crew fame) as well as fellow hired gun Paul Stallworth, who played on albums by George Harrison and Bobby Womack. Kaye’s husband Spider Webb aka Kenneth Roland Rice who, over the course of his career, played with Freddie Hubbard and Carmen McRae, supplies percussion along with Greg Thomas, sideman for Karen Dalton, Taj Mahal and others. To top things off we have Stevie Wonder collaborator Steve Madaio on trumpet!
The result of the combined effort & skills listed here above sounds tight as hell and makes it quite hard to pick a favorite tune – every one of the eight featured songs is a winner! The floor filler „Music Slave“ is a killer modern soul groover fueled with just the right dose of funk but the rest is raw, unfiltered and mighty soulful funk with addictive horns, pulsating percussion, soaring sax and some great and some gorgeously groovy guitar licks. Just the right ingredients it takes to produce a classic from start to finish, not an ounce of filler on this one.
It’s a miracle why this album did not gain a wider audience, it certainly wasn’t for the lack of killer tunes. Well, it certainly did not help that it was pretty poorly promoted and mostly sold regionally – just the circumstances so many superb LPs of that time lacked from.
Originally released in 1975 (original copies go for silly money), this is such an unknown and underrated beast of a soul-funk album that begs for a place in your record collection. Tidal Waves Music now proudly presents the first official reissue of ‘In Pursuit’