The film had the distinction of being the first film in the series with creator John Carpenter’s direct involvement since 1982’s Halloween III: Season of the Witch. Carpenter served as an executive producer, a creative consultant, and, thrillingly, as a soundtrack composer, alongside his collaborators from his recent solo albums, Cody Carpenter and Daniel Davies. Now the scream team is back for the highly anticipated follow up, Halloween Kills and Carpenter has returned to the studio with son Cody Carpenter and godson Daniel Davies to further expand on the iconic score that forever changed the course of horror cinema and synthesizer music. The 2018 Halloween movie soundtrack received unanimous praise and brought a rich and ominous depth to the original theme music that was famously recorded on a shoestring budget in 1978. The trio utilized an array of software synths, vintage analogue equipment, and live instrumentation including a Dave Smith Ob-6, bowed guitar, Roland Juno, Moog, Roland System 1, Roland System 8, different guitar pedals, mellotron, and piano. Now with the Halloween Kills score director Green has pushed the musicians to be more experimental and take their modern sound to a chilling new level. 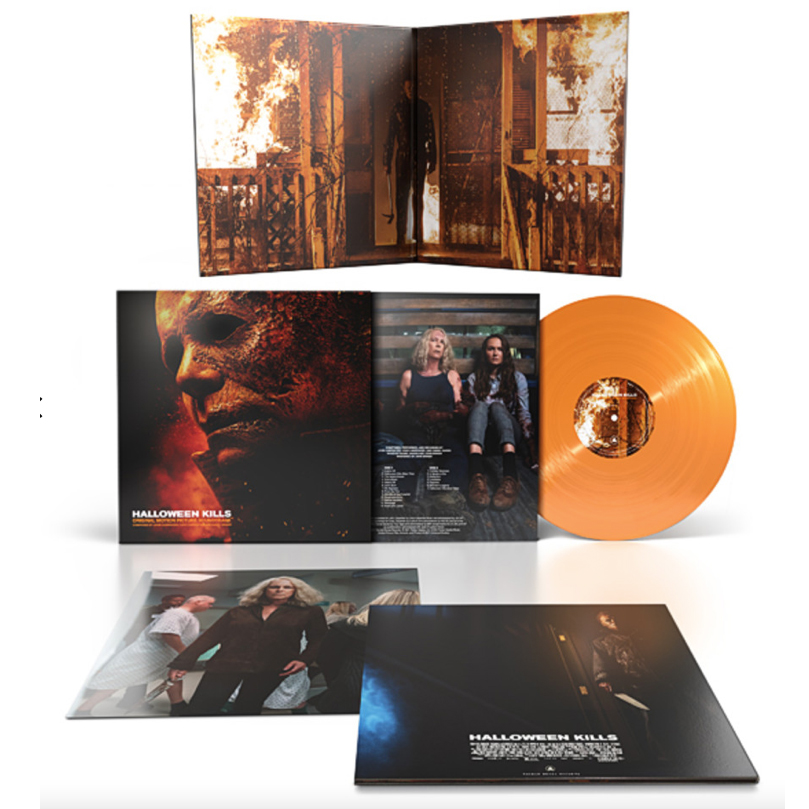