Now Analogue Productions, the audiophile in-house reissue label of Acoustic Sounds, Inc., together with Quality Record Pressings, is putting “Kind Of Blue” where it belongs: the Ultra High Quality Record (uhqr) pressed on Clarity Vinyl on a manual Finebilt press with attention paid to every single detail of every single record. The 200-gram records will feature the same flat profile that helped to make the original Uhqr so desirable. From the lead-in groove to the run-out groove, there is no pitch to the profile, allowing the customer’s stylus to play truly perpendicular to the grooves from edge to center. Clarity Vinyl allows for the purest possible pressing and the most visually stunning presentation. Every Uhqr will be hand inspected upon pressing completion, and only the truly flawless will be allowed to go to market. Each Uhqr will be packaged in a deluxe box and will include a booklet detailing the entire process of making a Uhqr along with a hand-signed certificate of inspection. This will be a truly deluxe, collectible product. A minor audio complication with “Kind Of Blue” has been addressed with this Uhqr edition. The motor on the studio’s 3-track master recorder was running slowly the day of the album’s first session. This speed issue affected the album’s first three tracks, “So What”, “Freddie Freeloader” and “Blue In Green”, making them a barely perceptible quarter-tone sharp.This issue was finally addressed with the Classic Records reissue in 1995. This Uhqr was pressed from the same parts that Bernie Grundman cut directly from the original 3-track masters for Classic in ’95. Sixty years have passed; this LP bridges that time span in the best way possible, struck from the master reel of “Kind Of Blue”, free of speed issues and replete with all the instrumental detail, sonic environment and minimal noise. As we set out to make our Uhqr series the world’s best-sounding vinyl records, we have also used Clarity Vinyl, which is free of any carbon black pigment which might introduce surface noise. All-in-all this edition of “Kind Of Blue” meets the highest audiophile standards and offers the truest sound for the most enjoyment. 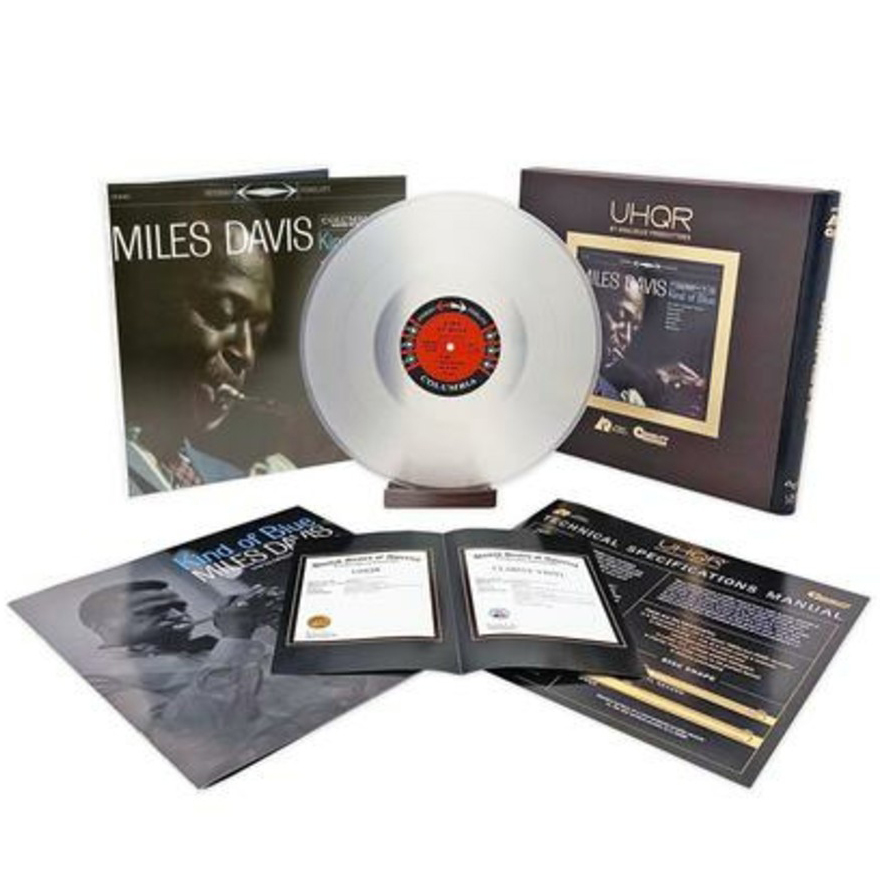