In the aftermath of the dissolution of adored emo / indie rock bands Mineral and The Gloria Record, songwriter Chris Simpson took a step back from making music for the first time since his mid-teens. And it was during this period where an affinity for the music of the 1960s and ‘70s such as Van Morrison, Leonard Cohen, Harry Nilsson, Bob Dylan, The Velvet Underground and many more, along with the freedom and expression of jazz and artists who radically followed their own vision, took root. With additional inspiration drawn from the arenas of psychology and eastern philosophy, the beauty of the natural world, Simpson’s children and wife, old Time Life books, and the self-stated immenseness of the universe, Mountain Time has become almost more of a state-of-mind than a moniker.

Legendary emo god Chris Simpson is on a new wavelength now, veering on a slight departure from the tear-stained harmonies and shimmering minor chords you remember from those early days in some of emo’s most crucial bands. I’d equate this new album to The Anniversary’s 2001 LP Your Majesty, a wonderful and surprising indie rock experiment, but still a significant left turn from their previous sound. I love it when artists take chances like this.

The rarest pressing on coke-bottle green has already sold out, but the prettier colorway on split-color splatter vinyl is still available. Check out Chris Simpson’s new sound on Rosemary, 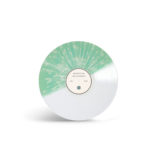 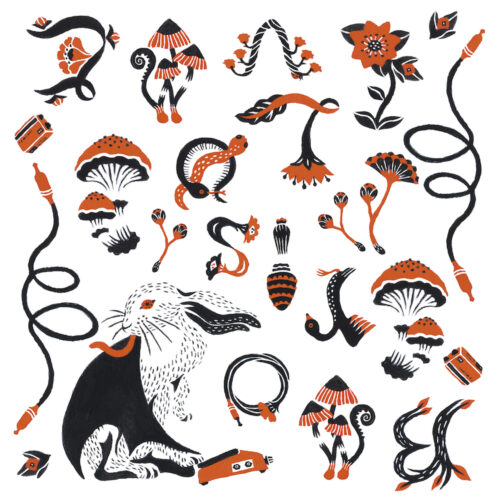