LAB EXCLUSIVO! Incheon, South Korea-born / Berlin-based Peggy Gou has had a whirlwind couple of years. She’s one of the world’s most in-demand DJs, with a slew of high-profile bookings thanks to her tireless work ethic and exquisite selections spanning house, disco, hip-hop and global sounds (a recent set at Giant Steps saw her eschew house and techno entirely in favor of Slum Village, The Roots, Antena, & Nu Guinea to name a few), with a grip of hit records under her belt to boot (The Once EP is one of the Lab’s bestselling house records in years). In other words, F the haters. Peggy’s victory lap entry in the DJ-Kicks series is a much-deserved induction into a revered class of artists who excel equally at both DJing and production, with peers including Actress, Seth Troxler, Moodymann, Leon Vynehall, Motor City Drum Ensemble, Four Tet and more. The full mix CD showcases Gou’s impeccable taste, rifling through cosmic ambient meditations, minimal techno, deep breakbeat acid and even classic dubstep. This 2LP version offers up nine of Peggy’s selections, showcasing her eclecticism across a spread of techno grails and dollar bin deep house in all their unmixed, DJ-friendly glory. Peggy gives new life to the ultra deep Soul Of Europe mix of “The World According To Sly And Lovechild,” one of Andrew Weatherall’s forgotten classics from 1990. “Crackdown” is vintage Carl Craig (via his early Psyche guise) at his lushest and most frenetic, with jacking 808 beats underpinning sultry female vocals and deep synth cascades. The set is loaded with exclusives – notably an exclusive original from Gou herself (“Hungboo,” named after a Korean folktale about two brothers Hengbu and Nolbu passed down over 200 years), purported to be the first track she ever made. There’s also an unreleased tune from underrated French techno luminary I:Cube (who recently laced Peggy with a killer remix of “Itgehane”), chugging midtempo from The System and Spanish techno fusionists Pegasus, alongside more contemporary fare from Deniro and Hiver. The Aphex Twin cut (“Vordhosbn” from the elusive and pricey Drukqs 4LP) is the icing on the cake and makes this worth the price of admission alone. Safe to say we’re all in on this one. Turntable Lab exclusive edition on translucent orange wax, includes code for digital download, highly recommended.

A2 The System - Vampirella

All 7 Studio Albums in a Box

Belle & Sebastian: How To Solve Our Human Problems Parts 1-3 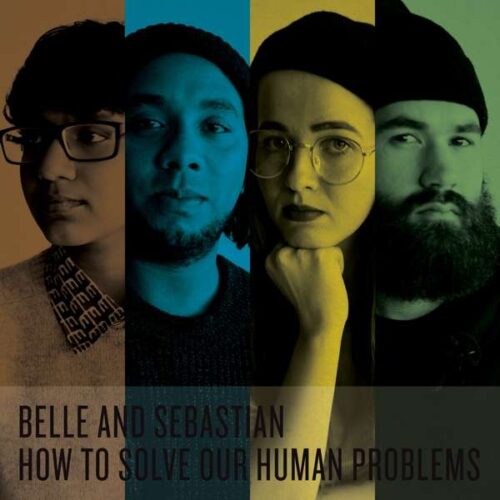