They’ve been hinting. They’ve been letting the masses wonder. And this morning they talked about a 9pm (PST) release. Well, here it is. Future Past Life is a new full length album by STRFKR, available through bandcamp as we speak. The new songs are more lo-fi and psychedelic but it’s just the right amount of pop and jangle that you’ve come to love with STRFKR. Listen to the full album below. Here is a little blurb, and grab a copy.

Much like the music on Future Past Life, the way the album came together is strange and winding. In 2014, STRFKR’s principal songwriter/lead vocalist Josh Hodges was staying in Amsterdam for a few months, working on the music that became Being No One, Going Nowhere. By complete chance, a European traveller who was crashing at Hodges’ house in L.A. while he was abroad connected him with some like-minded musicians in Amsterdam, Mathias Janmat and David Hoogerheide. Even though they were more or less strangers, the three musicians clicked almost instantly, coming up with new songs within the first few hours of meeting. They got together to work on new ideas several times while Hodges was in Amsterdam, and the new Dutch collaborators even ended up contributing to the STRFKR song “Tape Machine”. Hodges made his way back to the States, but as time passed he found himself returning to the songs from those Amsterdam sessions. Ultimately the band decided that material was so inspired and magical, it was something that needed to be heard. Honing in on the vibe of those songs, they were able to reinterpret those demos into something new, retaining the core elements of their sound as they routed it into new territory.
Having returned to Portland after living for a time in L.A., Hodges finished the album in his new home studio, getting input abroad from Janmat and Hoogerheide and at home from bandmates Shawn Glassford and Keil Corcoran to help flesh out the final renderings. For the first time on a STRFKR album, every song is driven by acoustic guitar as synth melodies take on a more supportive role. Rough-edged mixes push the drums into the red and trade cleaner production for an atmospheric lo-fi approach. Lead single “Never The Same” is warm and direct, with a straightforward delivery that highlights how vulnerable the band’s lyrics can be. This kind of careful, hushed energy is new territory for STRFKR. Going out on this ledge results in one of the band’s most rewarding songs, one that’s mysterious and lush but as intense as a secret being whispered in your ear. The multiple viral melodies of “Deep Dream” twist ecstatically as reverb-coated percussion and distant ambient textures add to the otherworldly vibe. “Budapest” locks into an airy groove, washed over by waves of angelic vocal harmonies from Polyvinyl labelmates Shy Boys. The entire album feels stuck on a cloud somewhere between earthbound rhythms and alien song structures doused in echo. 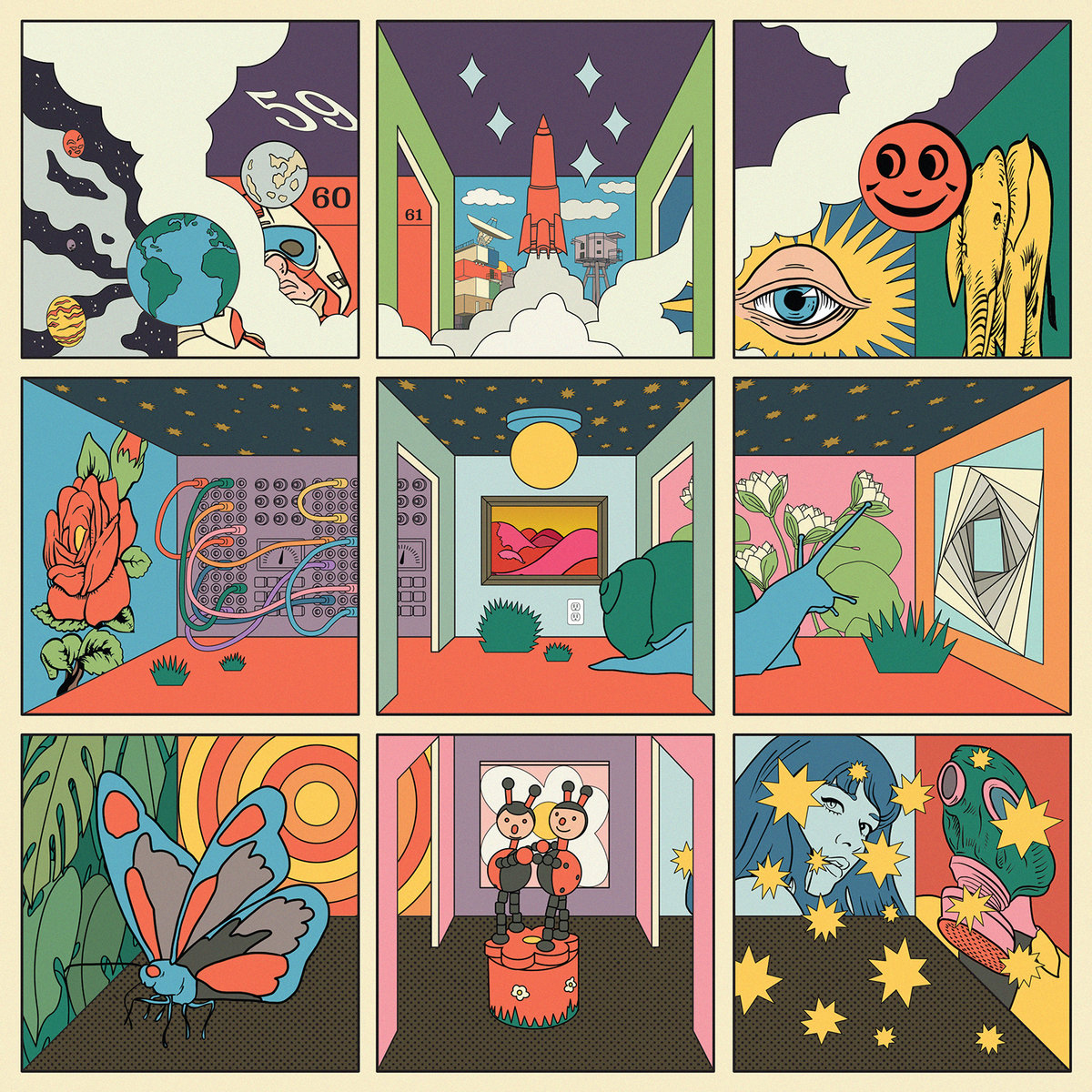