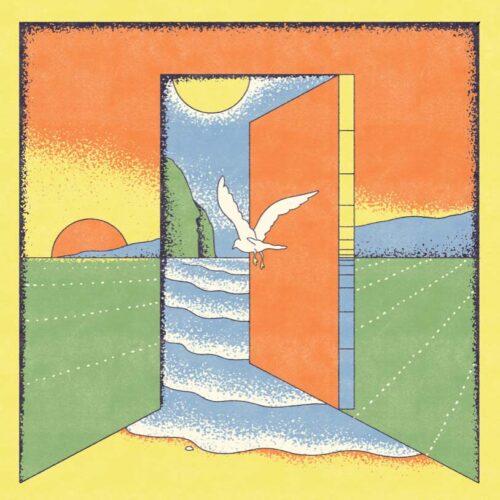 Orange vinyl edition only available at HHV and limted to 300 copies.New album by pioneering German beatmaker FloFilz. On Close Distance, the lofiturned-hifi producer blends hip-hop inspired beats with contemporary jazz, alt r&b and a little rap. Featuring Alfa Mist, Blue Lab Beats, Jerome Thomas, KeepVibesNear, Summers Sons & C.Tappin, Dal & Hunter Rose. Close Distance is his fourth album for Melting Pot Music. Since 2013, the self-taught bedroom producer and classically trained violinist has sold more than 10k LPs and gained 200 million streams. Close Distance literally means “near in space or time” (or “nah dran”, as we say in German). The 16 songs on Close Distance came to life over the past two years. Many sketches were birthed at FloFilz’s old home studio in Aachen. Some songs were made from scratch in London, where Flo did sessions with UK jazz supremos Alfa Mist and Blue Lab Beats at their studios. One was recorded in a kitchen in Streatham, where rap duo Summers Sons and pianist C.Tappin reside. More sessions were already in planning when lockdown kicked in and travelling was no longer an option. Around the same time, Flo was about to move from Aachen to Berlin which he eventually did in November 2020. Once installed, he started sharing beats and files out of his makeshift studio in Moabit. Beat folders were sent to London where two of our favourite new alt R&B vocalists – Jerome Thomas and KeepVibesNear – live. Another one went to Dartmoor where the jazz/hip-hop trio Dal added their magic touch while Hunter Rose processed her sultry vocals in Cape Town – 12 flying hours away from Berlin. The album artwork has been created by Indonesian illustrator Fatchurofi, who caught FloFilz’s attention through his work for everybody’s favourite band Khruangbin. Taking influences from Japanese Ukiyo-e art, Fatchurofi is adding a zen-like clarity (and tranquility) that resonates very well with the album. It is no exaggeration to say that FloFilz has not only created another inspiring album with Close Distance but one that demonstrates how music can close.

A8 Dust On A Curb Feat. Summers Sons & C.Tappin

B7 Half Nine Feat. Keepvibesnear