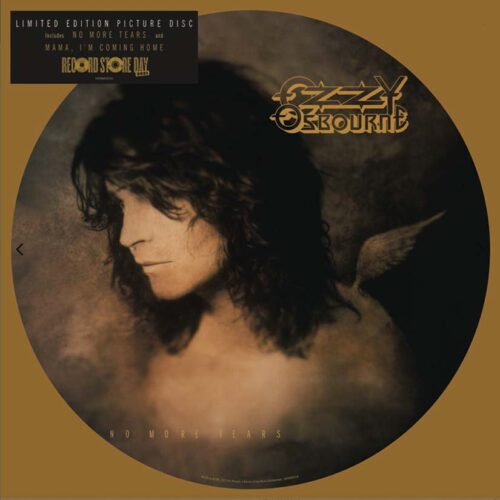 Picture Disc – limited to 9.200 copies worldwide. Considered one of his most successful and most popular, No More Tears is Ozzy Osbourne’s sixth solo studio album, in the Top Ten upon its release in September 1991.Featuring some of Zakk Wylde’s best-ever guitar work, along with four songs co-written by Motörhead’s Lemmy Kilmister, No More Tears contains some of the biggest songs of Ozzy’s career, including the Top 5 rock radio hits “No More Tears” and “Mama, I’m Coming Home” (the latter also his highest charting Top 40 radio track), along with the Grammy®-winning song “I Don’t Want to Change the World.” No More Tears went on to become quadruple-platinum in the US, becoming one of Ozzy’s two best-selling albums alongside his groundbreaking solo debut Blizzard of Ozz.

A2 I Don't Want To Change The World

A5 No More Tears

B3 Time After Time

B6 Road To Nowhere